Should you find yourself in Provence this summer, you might wonder why some villages have bilingual signs at the entrance. Your surprise would be forgiven, since you are unlikely to have heard anything but French in most places, and likely a lot of English as you approach the Mediterranean. But if you listen more closely, observe more closely, you might come across a world that is fast vanishing, but that is still present. You might stumble upon a concert in a language that you cannot identify, or wonder why some street names don’t sound French. You might even hear people speak Occitan—for this is what it is, a language also known as Provençal, one which many locals will refer to as “Patois” (a derogatory term in France to refer to anything other than French traditionally spoken in the country).

This sort of experience might happen to you in Provence, but not only. Across the European Union, several million people speak a language that is not the official language of the state they live in. Across Europe, there are language advocates who defend and promote the right to speak one’s language. This struggle for language rights also extends to Latin America, North America, Australia, and many other places. This, many scholars assert, is a consequence of globalization—a backlash against uniformity if you like. A way of being oneself, of finding meaning locally in a world that seems to be getting smaller. In my recent book, Revitalising Language in Provence: A Critical Approach, I argue otherwise. Those movements are not a reaction to globalization—they are, on the contrary, a way of taking part in this process, on the very terms defined by those who define what globalization is (and not on their own terms, as Leena Huss [2008, 133] asserts).

But let’s start from the beginning. This book focuses on Provence, home to what is perhaps the earliest language reclamation movement, or at least one of the earliest. Poets had already started writing texts in defense of Gascon, Provençal or Languedocien (all dialects of what most scholars of Romance linguistics view as Occitan) back in the 16th and 17th centuries. This is perhaps a consequence of an increasingly aggressive move to promote French in all administrative domains at the expense of Latin and Occitan, which had been in use for official usage for centuries in what is now Southern France. But it was after the French Revolution Terror government (after 1793) sought to eradicate the “patois” that a genuine interest was born in various parts of France, resulting in the south in a rediscovery of the poetry of Medieval Troubadours and in a scholarly interest in the history of Provence and Languedoc before their annexation to France. It wasn’t, however, before the 1850s that an organized language-based movement was formed, under the aegis of poets such as Frederic Mistral or Joseph Roumanille.

The Felibrige was the name they gave to their movement, a name whose origin remains mysterious. The Felibres sought to revive the Provençal or Occitan language (which was still almost universally spoken in all of Southern France) through poetry and literature. And indeed, Mistral published a series of long, epic poems that were hailed across Europe as monuments of literature. Mirèio is probably his most well known poem, a love story set in the Crau region of Provence and an allegory of the language revival movement. Mirèio was acclaimed in Paris as a chef d’æuvre, and was prefaced by Lamartine.

I recount parts of the history of the movement in the book but for this blog post, suffice it to say that while successful on a literary level, it never succeeded in political terms. Provençal was long banned in education, and despite a strong Occitan movement throughout the 20th century, the use of Provençal continued (and continues) to decline. But the story I tell in this book isn’t the story of the language movement. Instead, following a two-year ethnographic study in Provence, I ask why the movement was based on language at all, like so many others afterwards—but, crucially, none before, or at least none before the 1840s.  END_OF_DOCUMENT_TOKEN_TO_BE_REPLACED

The Annual General Meeting of the Philological Society was held on 17 June at Selwyn College, Cambridge.

Having completed a four-year term of office, Prof. Wendy Ayres-Bennett stood down as President of the Society; she is succeeded by Prof. Aditi Lahiri FBA.

The 9th RH Robins Prize was awarded to Jade Jørgen Sandstedt (Edinburgh) for a paper entitled ‘Transparency and blocking in Old Norwegian height harmony’, which will be published in TPS.

The outgoing President delivered her President’s Lecture on ‘Standards, norms and prescriptivism’, an audio recording and screencast of which can be found below and on the Society’s YouTube channel. 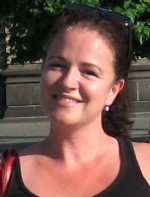 How did you become a linguist – was there a decisive event, or was it a gradual development?

Somewhere between doing my A-levels (in English, French and Latin) and applying for university, when I found the SOAS prospectus in the school cupboard. At that point I realised that studying language didn’t have to mean studying literature, and I applied to study Hausa at SOAS. In my final year, I took a course that focused on the linguistic description of Hausa (taught by Professor Philip Jaggar), and it was this course that led me upstairs to the Linguistics Department, where I then took my MA and PhD.

What was the topic of your doctoral thesis? Do you still believe in your conclusions?

My doctoral thesis was on focus and copular constructions in Hausa, and offered a minimalist analysis. I still believe in the descriptive conclusions, which relate to the grammaticalisation of non-verbal copula into focus marker, but I’m less convinced these days by formal theory. I still enjoy teaching it though, because I think it makes students think carefully (and critically) about formal similarities and differences between languages.

On what project / topic are you currently working?

Together with Gabriel Ozon at Sheffield and Miriam Ayafor at Yaounde I, I’ve just completed a BA/Leverhulme funded project to build a pilot spoken corpus of Cameroon Pidgin English. Based on this corpus, Miriam and I co-authored a descriptive grammar of the variety, which is in press.

What directions in the future do you see your research taking?

In my dreams, typologically-framed language documentation. In reality, probably more corpus linguistics, since this seems to be what attracts funding at the moment.

How did you get involved with the Philological Society?

The PhilSoc published my first book, Focus in Hausa.

Do you have a favourite language – and if so, why?

Do you have a linguistic pet peeve?

Looking to the Future

Is there something that you would like to change in academia / HE?

I would like there to be more funding for language documentation. Languages are dying faster than we can describe them.

(How) Do you manage to have a reasonable work-life balance?

I do, but that only became possible in mid-career. I achieve it with careful planning, so when I’m off work, I’m really off work.

What is your prime tip for younger colleagues?

Start publishing as early as possible.