Open borders, superdiversity and globalisation have enabled the formation of a large amount of families where children are potentially multilingual and may have more than one native language. The parents of multilingual children have different strategies, methods and principles in place to promote intergenerational language transmission or passing a non-native language to their offspring.

What principles and other factors influence bringing up a trilingual child? How do the potentially multilingual children feel about their complex language repertoires? Is there a link between a certain method and the children’s attitudes towards their languages? 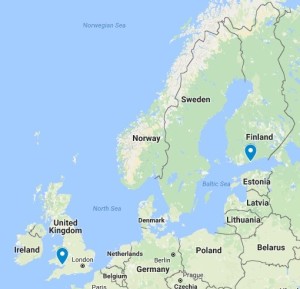 In my thesis I investigate trilingual families; the factors influencing language transmission; and the perspectives of the multilingual children in my two home cities: Helsinki and Cardiff. The reason why these two capital cities are compared is that they have very different approaches to bilingual education and heritage language promotion while having several similarities from a visible minority language population to substantial support from the governments for the minority languages. The two countries are also officially bilingual, which offers a different foundation for trilingual language transmission than for instance monolingual countries.

Previous research
There are various aspects influencing the transmission of minority languages in the home. These consist of linguistic environment factors such as families’ language strategies and methods of transmission; sociocultural factors including parental and societal attitudes, the roles of the languages or parental and societal support; and finally familial factors that may involve siblings, extended family and possible family mobility.

Previous work has not looked at trilingual children’s perceptions or the link between perceptions and language strategies. Furthermore, most multilingualism studies fall into the category of linguistics and language acquisition rather than sociolinguistics. There is no transmission research in contexts with a community majority and minority language.

Funding from PhilSoc to carry out fieldwork in Helsinki

From April 2017 until August 2017 I was based in Finland at the University of Helsinki, Department of Modern Languages. This enabled me to interview seven multilingual case study families living in the Helsinki Metropolitan Area. The families were settled in the country and each had at least one trilingual primary school aged child speaking two official languages of the country (Swedish and Finnish) and one or more additional language(s).

The methodological approach draws from qualitative, mixed-methods approach to data collection and analysis. First the parents filled in an online questionnaire to clarify the family’s language pattern. Then semi-structured interviews and observations within the family homes explored issues that affect language acquisition within families. Both parents and children aged five to twelve were interviewed.

I spent three to six hours with each family in their homes. The data collected includes fourteen filled in questionnaires, fifteen hours of audio recorded interviews, seven hours of recorded audio and/or video observation as well as photographs and notes of each family participating in the research. 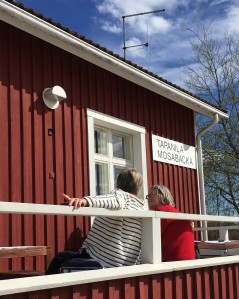 This winter possible extended family members will be sent an online questionnaire which will hopefully reveal their perspectives. After completing the fieldwork in Helsinki I will carry out the interviews and observations in Cardiff.

The PhilSoc Travel and Fieldwork bursary covered a part of the expenses of the fieldwork allowing me to take time off work while I concentrated full-time on my PhD research.

One thought on “Trilingual families in bilingual capital cities”

This site uses Akismet to reduce spam. Learn how your comment data is processed.